Use Promodag Reports in 64-bit mode 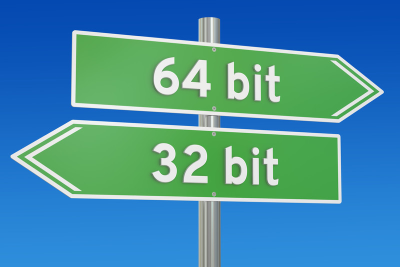 The possibility of using Promodag Reports in 64-bit mode has existed for several years but has not been the subject of any publicity on our part. Indeed, this mode had some crippling incompatibilities that were mostly removed in version 11.

Since a 32-bit version of the MAPI libraries was a prerequisite up to version 10.4, it was not possible to use mailbox and public folder content reports in 64-bit mode. However, the other features remained available. This limitation was removed by replacing MAPI with EWS in version 11.
The use of 64-bit mode is still not compatible with the use of an Access database. This last restriction is not really a problem since the use of 64-bit mode mainly concerns clients who need to import and handle very large amounts of data - and who therefore use an SQL Server database.

Benefits of using the 64-bit version

In general, the main benefit of using the 64-bit version of Promodag Reports is that it can use access memory when needed. With the default 32-bit version the application can only use up to 2GB of memory, even when more is available in your computer. The reporting tool can take the best advantage of more than 2 GB of RAM only if it runs as a 64-bit application.
This mode is particularly suitable

How to launch Promodag Reports in 64-bit mode

Follow these steps to start Promodag Reports in 64-bit mode:

If your Exchange / Office 365 environment has several thousand recipients and you are using a SQL Server database, create a shortcut to this executable file on the Desktop and use it systematically to launch the product. Scheduled tasks created in 64-bit mode will also point to the Repex64.exe file.

The use of 64-bit mode is recommended for all customers who hold an Enterprise license of Promodag Reports. It makes data imports more reliable and avoids OutOfMemory errors that can occur when performing a particularly demanding task.