We are pleased to inform you of the release of a new major version of our product. Promodag Reports v.14 has been completely rewritten in .NET 6 and contains various usability improvements, a new report and above all allows to connect to Exchange Online without a service account and despite multi-factor authentication (MFA). This post provides an update on these evolutions.

Accessing Office 365 and retrieving data from Exchange Online used to require a service account and mailbox as well as specific roles, which did not suit all our users. In particular, regular password expiration had to be considered. Above all, the use of an account was inherently incompatible with MFA. So, we developed a new method of publishing Promodag Reports to Microsoft Azure AD and assigning permissions to this enterprise application. See this post. 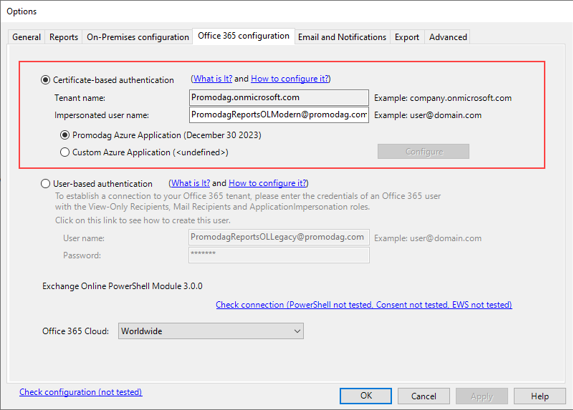 In a previous post we described the technical difficulties caused by the incomplete information returned by the PowerShell Get-MessageTrace command about messages sent from a delegated mailbox, and a workaround to get the list of these messages on behalf of the mailbox content. We have completed our approach by creating a dedicated report in the Mailbox Content category: Delegated Mailings. See this post. 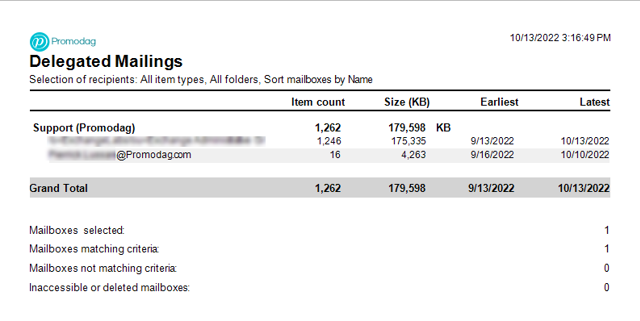 In this major release we have taken the opportunity to revise some reports or add new features to them. For example, the content of the Recipient Detail report has been revised and updated to present a more readable and synthetic content.

It is now possible to filter messages classified as Spam or Quarantine in the Find Specific Messages report, see this post. 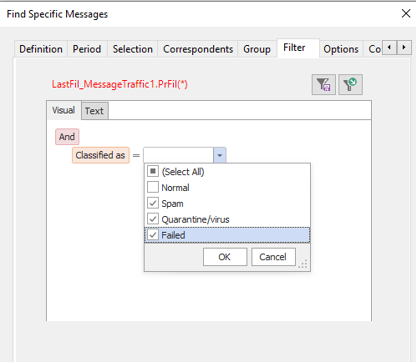 Storage limits set specifically on mailboxes are noted in bold type in the Mailbox Storage Information report. Finally, the CSV export of the Distribution Groups report has undergone an evolution described in this post.

Most of the required components are now included in the installation package, which simplifies the implementation of the product: .NET 6, PowerShell 7 and the ExchangeOnlineManagement module version 3.0.0.

We incidentally discovered that the retention time of traffic data retrievable by the Get-MessageTrace command was heard from 7 to 10 days by Microsoft. As a result, the options related to the Office 365 tracking log creation mechanism have been revised to go back 10 days.

The import of Office 365 licenses is one of the other notable new features of this version. It is now possible to select and group Office 365 mailboxes by license type in all storage, traffic, and mailbox content reports. In addition, dates of last activity recorded on mailboxes and storage limits of mailboxes are now part of the generic attributes that can be used in the advanced recipient selection option and in CSV exports, about which we published a post last December. See this post.

Regular users of Promodag Reports will probably not be upset to discover some minor ergonomic improvements. It is now possible to directly rename a custom report in the Report Explorer from the context menu, to add it to a new batch file or to an existing one.

The dialog box displayed when exporting a report to disk now includes a link to the output folder.

Finally, the Tag Messages by Subject option has been revised and improved by adding a tag categorization option and the choice of message direction. See this post.